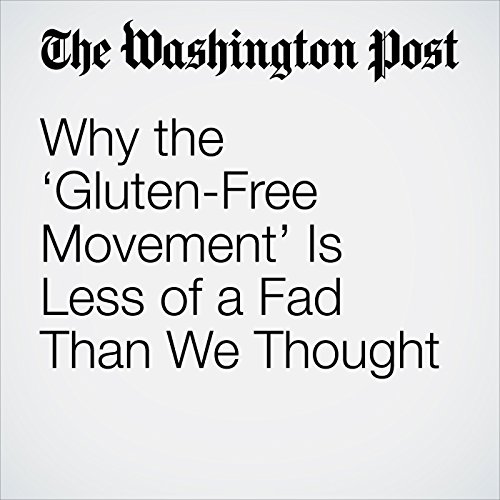 Such people are called “PWAGs,” in the medical jargon: “people without celiac disease avoiding gluten.” They’re often stigmatized as faddish foodies or placebo-addled hypochondriacs who don’t understand the science behind a serious health problem. According to a new study published this month in the journal Mayo Clinic Proceedings, their number tripled between 2009 and 2014, while the number of cases of celiac disease stayed flat.

"Why the ‘Gluten-Free Movement’ Is Less of a Fad Than We Thought" is from the January 13, 2017 Business section of The Washington Post. It was written by Caitlin Dewey and narrated by Jill Melancon.