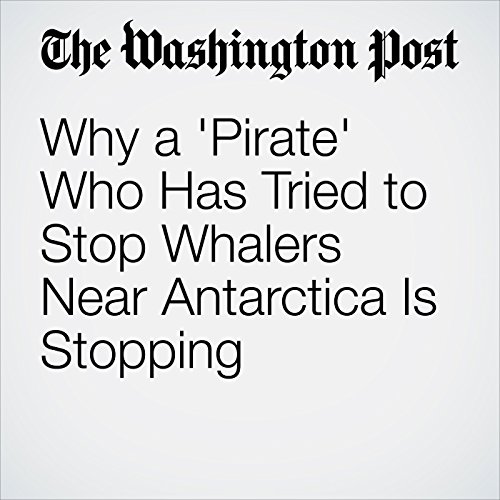 Every year, Japanese boats with the word “RESEARCH” stenciled on the side head to the Southern Ocean to hunt for hundreds of whales. And every year since 2005, Paul Watson has used pirate-like tactics to try to stop them.

"Why a 'Pirate' Who Has Tried to Stop Whalers Near Antarctica Is Stopping" is from the August 29, 2017 WorldViews section of The Washington Post. It was written by Cleve R. Wootson Jr. and narrated by Sam Scholl.