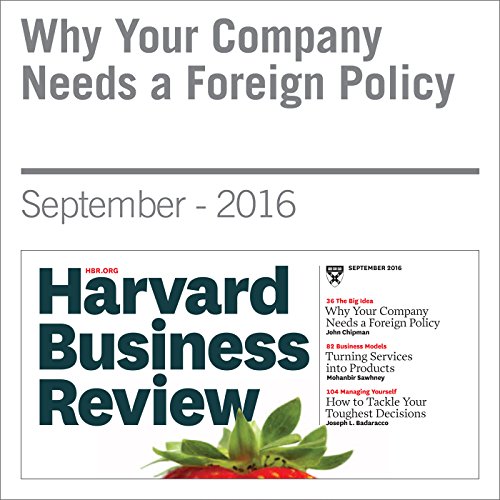 In February 2014, Russia invaded the Ukrainian Peninsula of Crimea, and the following month, it announced Crimea’s annexation. This sudden act marked the beginning of the first major strategic crisis in Europe in a generation and served as a wake-up call to business leaders.

"Why Your Company Needs a Foreign Policy" is from the September 2016 issue of Harvard Business Review.