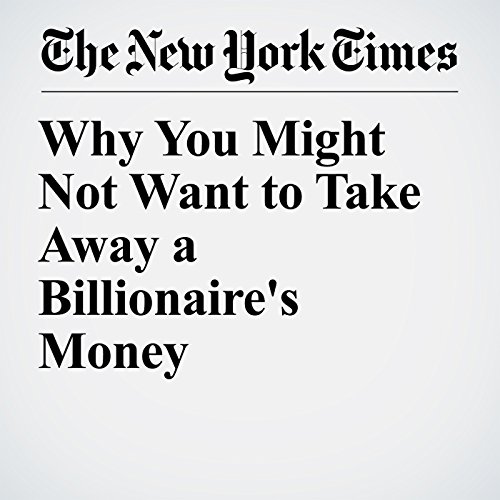 In my teens, when I saw hungry people on the streets of New York I started to dream of expropriating money from the wealthy to feed the poor. My father, who rose from Depression-era poverty in Scranton, Pennsylvania, to modest affluence as a New York City businessman, tried to set me straight on the subject.

"Why You Might Not Want to Take Away a Billionaire's Money" is from the February 25, 2017 Business section of The New York Times. It was written by Jeff Sommer and narrated by Barbara Benjamin-Creel.