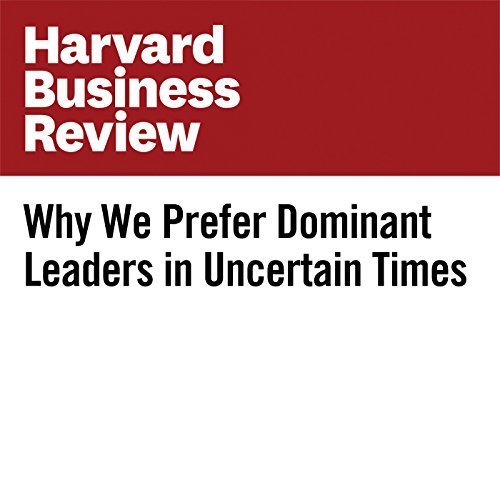 We are witnessing a worldwide surge in a certain type of leader claiming the highest offices of power — leaders who are confident, controlling, and strongly hierarchical. Indian voters elected the dominant Narendra Modi into power in 2014, Britain’s Nigel Farage saw his sharply argued views endorsed during the 2016 Brexit campaign, Donald Trump was elected president of the U.S. in 2016 after repeatedly promising to be “strong,” and autocratic Turkish president Recep Tayyip Erdogan was reelected this year. The question is: Why are voters choosing this type of leader now? Our research attempts to answer this by focusing on when and why such leaders ascend to leadership roles.

"Why We Prefer Dominant Leaders in Uncertain Times" is from hbr.org, published on August 11, 2017.