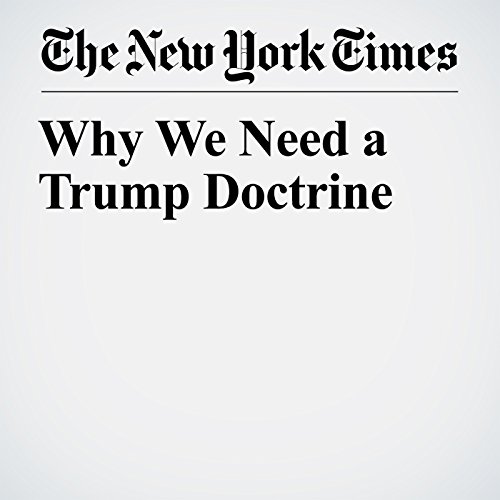 Why We Need a Trump Doctrine

The global order is in disarray. The world is sliding into significant disorder with no international structure capable of handling the kinds of problems that are likely to erupt almost simultaneously. To compound it all, chaos among the major powers could generate truly disastrous consequences.

"Why We Need a Trump Doctrine" is from the February 19, 2017 Opinions section of The New York Times. It was written by  and  and narrated by Caroline Miller.