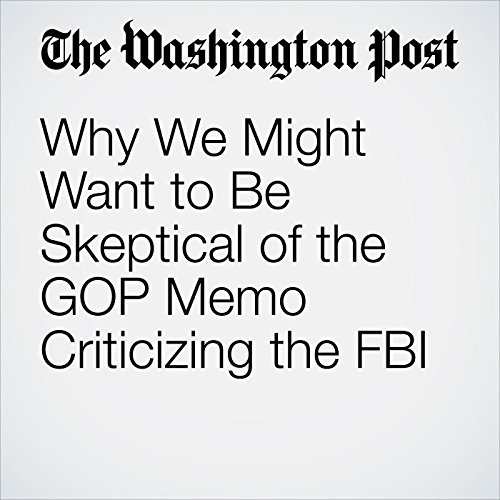 There is a GOP memo detailing alleged mistakes, and even potential political bias, in the FBI’s Trump-Russia investigation, and President Trump and his allies in Congress want to make it public as soon as this week. A Republican-controlled House committee took the first step Monday night by voting along party lines to release it.

"Why We Might Want to Be Skeptical of the GOP Memo Criticizing the FBI" is from the January 30, 2018 Politics section of The Washington Post. It was written by Amber Phillips and narrated by Sam Scholl.