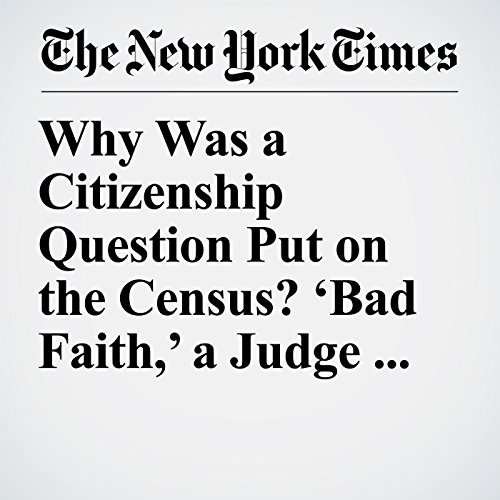 From the moment it was announced in March, the decision to add a question about citizenship to the 2020 census was described by critics as a ploy to discourage immigrants from filling out the form and improve Republican political fortunes. The Commerce Department, which made the decision, insisted that sound policy, not politics, was its sole motivation.

"Why Was a Citizenship Question Put on the Census? ‘Bad Faith,’ a Judge Suggests" is from the July 10, 2018 U.S. section of The New York Times. It was written by Michael Wines and narrated by Kristi Burns.

Cosa pensano gli ascoltatori di Why Was a Citizenship Question Put on the Census? ‘Bad Faith,’ a Judge Suggests