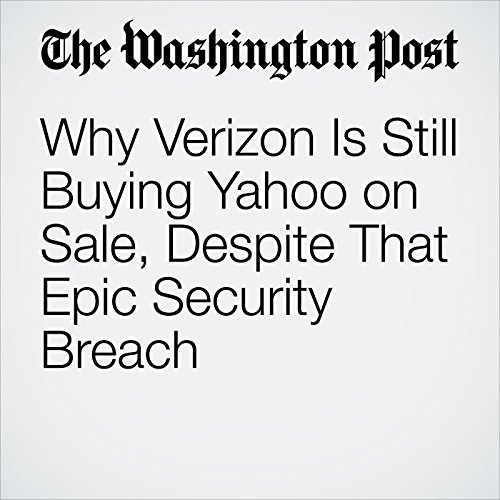 When reports surfaced last week that Verizon was renegotiating its deal to acquire Yahoo, some analysts were stunned to learn how little of a price cut the telecom giant was seeking — about $250 million — despite the Web company's well-known missteps with customer security. But on Tuesday, the two companies ultimately agreed to a discount of $350 million, or about 7 percent.

"Why Verizon Is Still Buying Yahoo on Sale, Despite That Epic Security Breach" is from the February 21, 2017 Tech section of The Washington Post. It was written by Brian Fung and narrated by Sam Scholl.