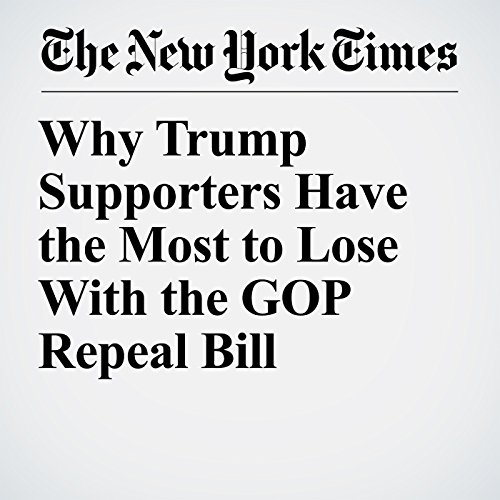 The people who stand to lose the most in tax credits under the House Republican health plan tended to support Donald Trump over Hillary Clinton in the 2016 election, according to a new Upshot analysis.

"Why Trump Supporters Have the Most to Lose With the GOP Repeal Bill" is from the March 10, 2017 U.S. section of The New York Times. It was written by Nate Cohn and narrated by Mike DelGaudio.