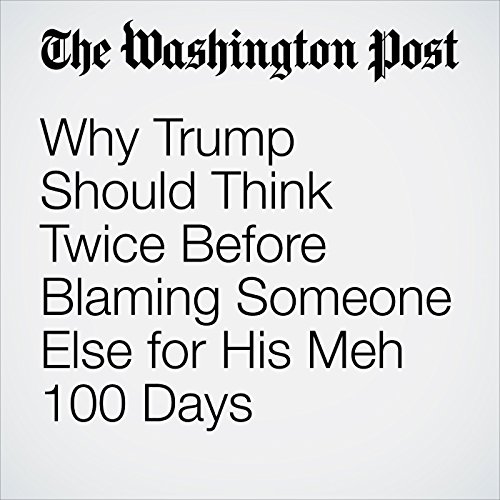 President Trump is nearing 100 days without a victory. By way of explanation, he has pointed his Twitter trigger finger at the media, at Democrats in Congress, at conservative House Republicans — at pretty much everyone but himself.

"Why Trump Should Think Twice Before Blaming Someone Else for His Meh 100 Days" is from the April 23, 2017 The Fix section of The Washington Post. It was written by Amber Phillips and narrated by Sam Scholl.