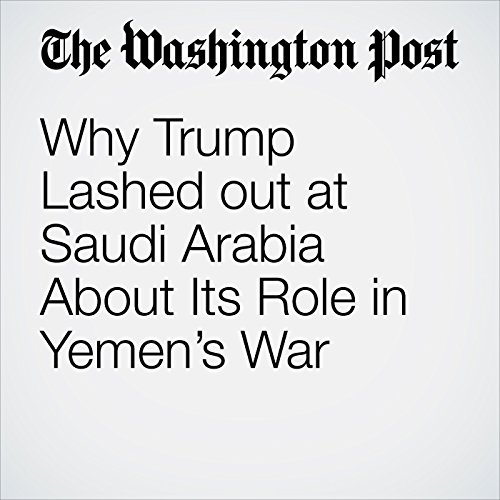 President Trump’s public rebuke of Saudi Arabia this month for its role in the conflict in Yemen was an impromptu move quickly set in motion after intelligence officials presented him with images of the deepening humanitarian crisis there, officials said.

" Why Trump Lashed out at Saudi Arabia About Its Role in Yemen’s War" is from the December 29, 2017 World section of The Washington Post. It was written by Missy Ryan and Josh Dawsey and narrated by Sam Scholl.