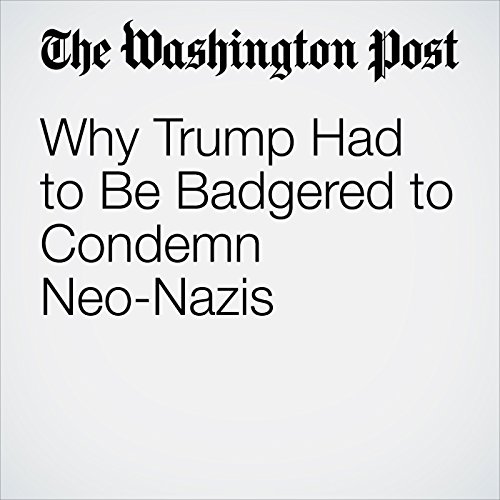 Why Trump Had to Be Badgered to Condemn Neo-Nazis

After two days, blistering criticism from his own party and tougher anti-white-nationalist statements from the company that makes Tiki torches and German Chancellor Angela Merkel, President Trump dragged himself to the podium for a statement that specifically condemned white nationalists, neo-Nazis and other racists. He had to begin with some self-congratulations on the economy — because his accomplishments are what he really cares about. He told the country, “To anyone who acted criminally in this weekend’s racist violence, you will be held fully accountable. Justice will be delivered.” He finally spit it out by calling racism “evil” and condemning the “KKK, neo-Nazis, white supremacists and other hate groups.”

"Why Trump Had to Be Badgered to Condemn Neo-Nazis" is from the August 14, 2017 Right Turn section of The Washington Post. It was written by Jennifer Rubin and narrated by Sam Scholl.