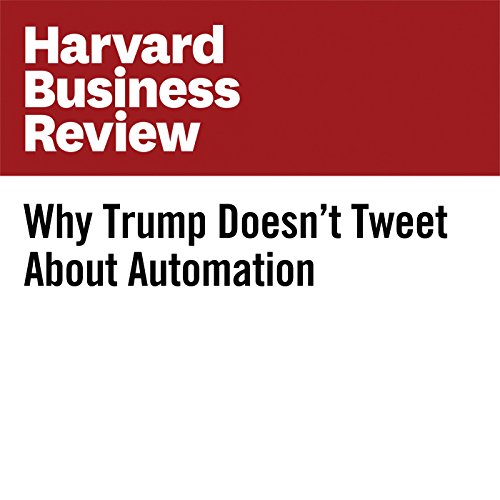 Since winning the U.S. presidency in November, Donald Trump has tweeted frequently about job loss. He’s railed against corporations that plan to move jobs to Mexico or China. He’s taken credit for persuading companies, including Ford and Carrier Corporation, for keeping jobs at home. He’s been unalterably opposed to both outsourcing and big trade deals like NAFTA and the Trans-Pacific Partnership (TPP) because of the U.S. job losses they might engender.

"Why Trump Doesn’t Tweet About Automation" is from hbr.org, published on January 12, 2017.