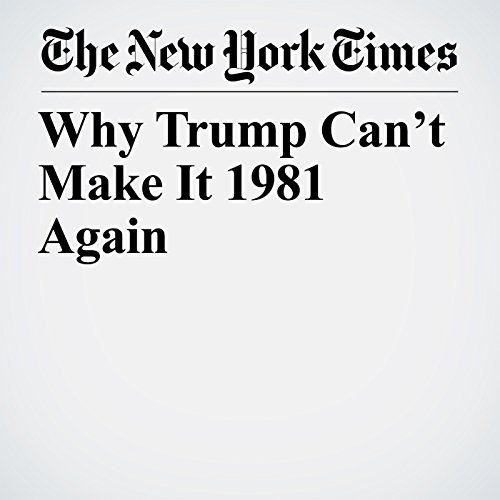 As if Donald Trump’s victory wasn’t surprising enough, the economic reaction has been even more stunning. Despite forecasts of a stock market meltdown if he won, the market registered one of its strongest postelection rallies in more than a century. Now the euphoria is spilling into the wider economy, with business confidence skyrocketing and consumer confidence hitting a 15-year high. Much of this excitement is inspired by a growing consensus that Trump could be the most-business friendly president since Ronald Reagan.

"Why Trump Can’t Make It 1981 Again" is from the January 15, 2017 Opinion section of The New York Times. It was written by Ruchir Sharma and narrated by Keith Sellon-Wright.