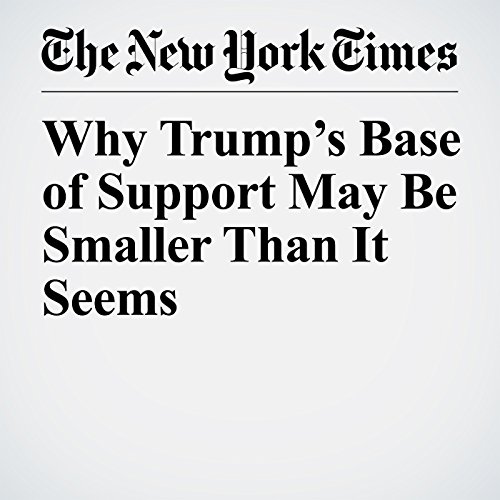 Donald Trump’s approval ratings are the lowest at this stage of a presidency since modern polling began in the mid-20th century. But his party’s base still appears highly supportive, which has discouraged Republicans in Congress from abandoning the president and his legislative agenda.

"Why Trump’s Base of Support May Be Smaller Than It Seems" is from the July 19, 2017 U.S. section of The New York Times. It was written by Brendan Nyhan and narrated by Kristi Burns.