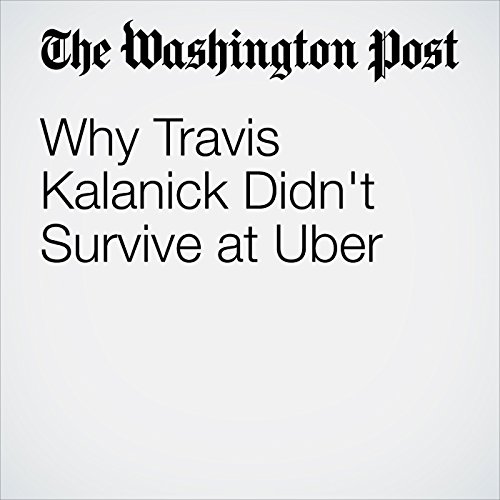 The plot to oust Uber chief executive Travis Kalanick began almost the moment he announced last week that he was taking a temporary break from the celebrated technology company caught in a series of a scandals.

"Why Travis Kalanick Didn't Survive at Uber" is from the June 21, 2017 Business section of The Washington Post. It was written by Todd C. Frankel and Elizabeth Dwoskin  and narrated by Sam Scholl.