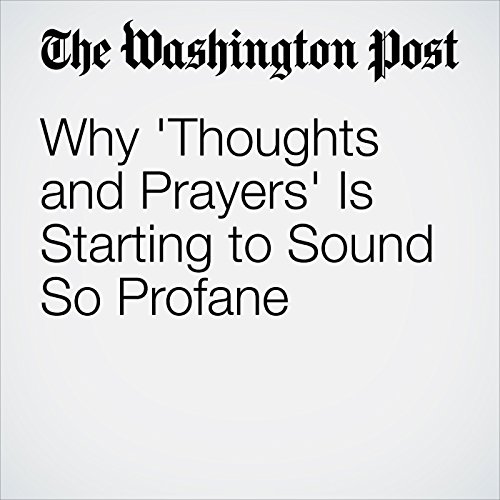 Why 'Thoughts and Prayers' Is Starting to Sound So Profane

It’s become a sort of twisted American ritual: A lone white male shooter opens fire on a crowd of people. Americans cry out for someone to do something and are met with shoulder shrugs, mumblings about “the price of freedom” and assurances that the people elected to protect them are sending their “thoughts and prayers.”

"Why 'Thoughts and Prayers' Is Starting to Sound So Profane" is from the October 03, 2017 Opinion section of The Washington Post. It was written by Kirsten Powers and narrated by Sam Scholl.