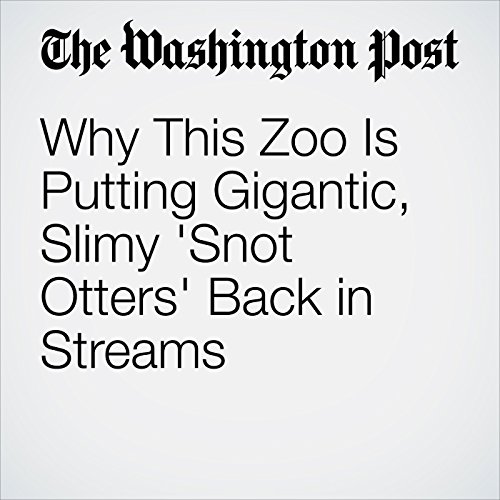 Hellbenders have been around far longer than humans. They are “living fossils” — some of the last surviving members of an ancient lineage. Like their cousins, the giant salamanders of China and Japan, North America's hellbenders evolved when dinosaurs still roamed Earth, and they have persisted almost unchanged for some 65 million years

"Why This Zoo Is Putting Gigantic, Slimy 'Snot Otters' Back in Streams" is from the April 29, 2017 Health & Science section of The Washington Post. It was written by Sarah Kaplan and narrated by Sam Scholl.