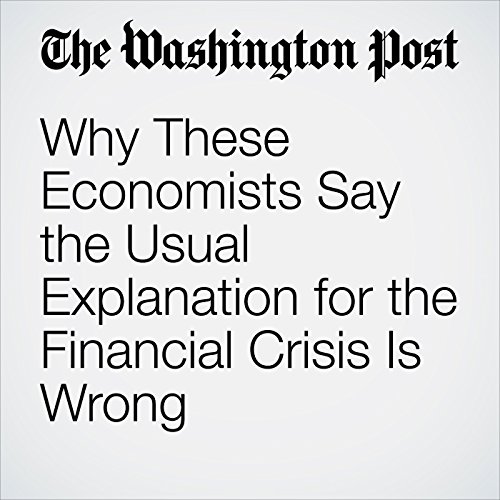 There is little that Democrats and Republicans agree on when it comes to American banking. Yet most of them believe that the cause of the financial crisis was a shift in banking practices that resulted in more poor and middle-class households obtaining mortgages, even if they could not afford them — especially the costly, risky mortgages known as subprime loans.

"Why These Economists Say the Usual Explanation for the Financial Crisis Is Wrong " is from the January 16, 2017 Business section of The Washington Post. It was written by Max Ehrenfreund and narrated by Sam Scholl.