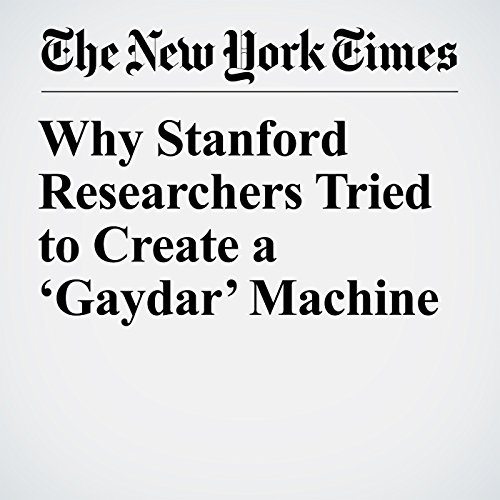 An Israeli startup had started hawking a service that predicted terrorist proclivities based on facial analysis. Chinese companies were developing facial recognition software not only to catch known criminals — but also to help the government predict who might break the law next.

"Why Stanford Researchers Tried to Create a ‘Gaydar’ Machine" is from the October 09, 2017 Science section of The New York Times. It was written by Heather Murphy and narrated by Kristi Burns.