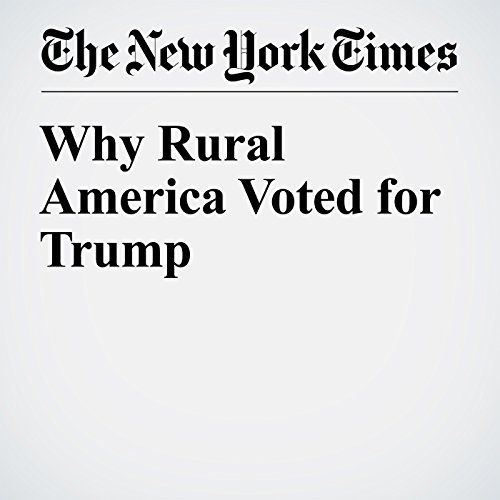 Why Rural America Voted for Trump

One recent morning, I sat near two young men at a coffee shop here whom I’ve known since they were little boys. Now about 18, they pushed away from the table, and one said: “Let’s go to work. Let the liberals sleep in.” The other nodded.

"Why Rural America Voted for Trump" is from the January 04, 2017 Opinion section of The New York Times. It was written by Robert Leonard and narrated by Caroline Miller.