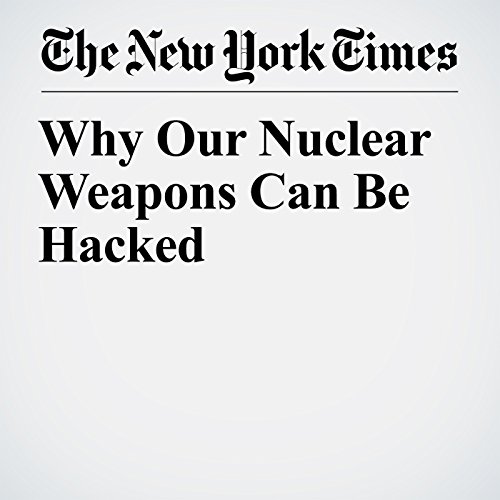 It is tempting for the United States to exploit its superiority in cyberwarfare to hobble the nuclear forces of North Korea or other opponents. As a new form of missile defense, cyberwarfare seems to offer the possibility of preventing nuclear strikes without the firing of a single nuclear warhead.

"Why Our Nuclear Weapons Can Be Hacked" is from the March 13, 2017 Opinion section of The New York Times. It was written by Bruce G. Blair and narrated by Fleet Cooper.