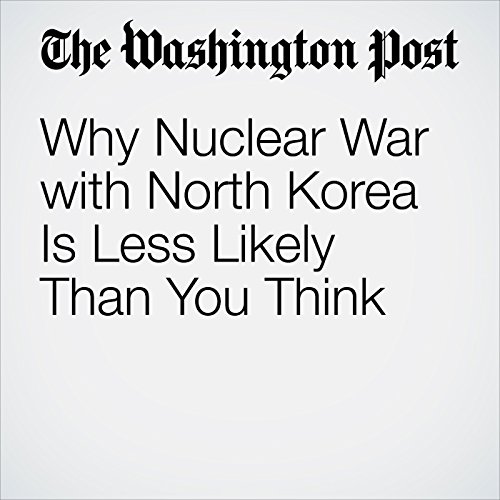 On Tuesday night, in response to North Korean leader Kim Jong Un’s claim to have a nuclear button on his desk, President Trump tweeted, “I too have a Nuclear Button, but it is a much bigger & more powerful one than his, and my Button works!”

"Why Nuclear War with North Korea Is Less Likely Than You Think" is from the January 03, 2018 World section of The Washington Post. It was written by Michael C. Horowitz and Elizabeth N. Saunders and narrated by Sam Scholl.