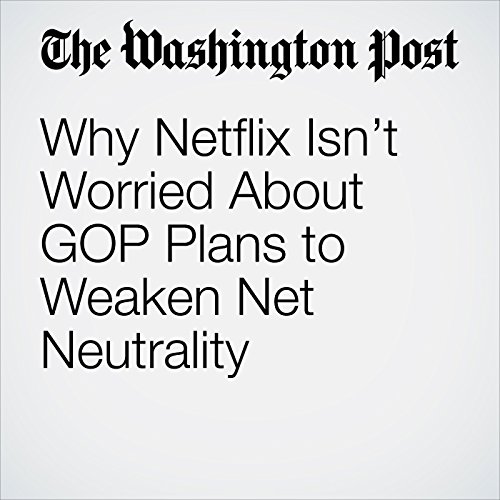 As President-elect Donald Trump prepares to take the Oval Office, one high-profile tech issue that many analysts are watching is Net neutrality. Republicans are widely expected to seek changes to the rules, which currently bar Internet providers from slowing down websites they don't like or speeding up others in exchange for payment.

"Why Netflix Isn’t Worried About GOP Plans to Weaken Net Neutrality" is from the January 19, 2017 Tech section of The Washington Post. It was written by Brian Fung and narrated by Sam Scholl.