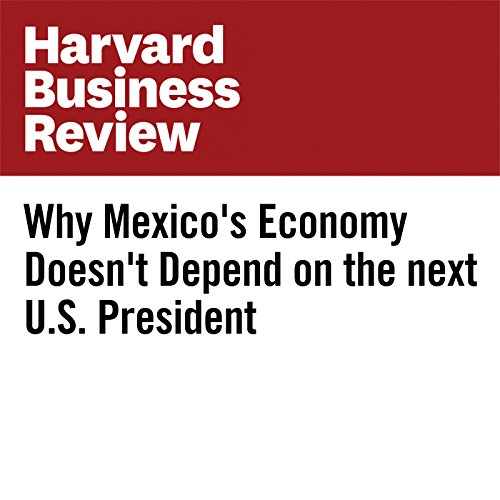 President-elect Trump has threatened to rip up and renegotiate Mexico’s most important free-trade agreement: NAFTA. The Trans-Pacific Partnership that would have linked Mexico in a free-trade agreement with the United States and 11 other countries is now as good as dead. To be sure, these roadblocks to further trade and investment will damage Mexico’s economy in the short and medium terms. However, I fear that Mexico continuing its existing trade-based economic strategy will not necessarily produce different results in the long term - as it wouldn’t for any other developing country.

"Why Mexico's Economy Doesn't Depend on the Next US President" is from hbr.org, published on November 9, 2016.

Cosa pensano gli ascoltatori di Why Mexico's Economy Doesn't Depend on the Next U.S. President