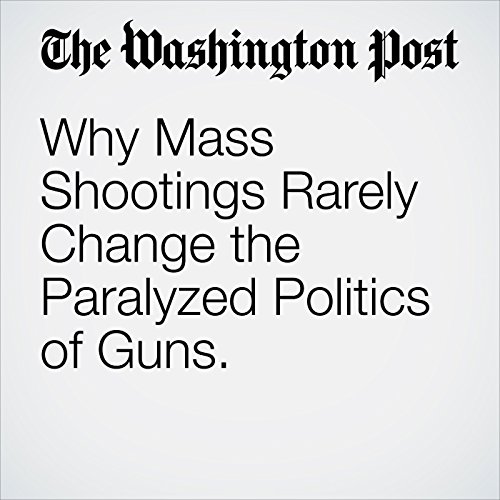 Why Mass Shootings Rarely Change the Paralyzed Politics of Guns.

A shooter kills, the nation mourns, and immediately, both sides in the debate over guns fall into a well-worn pattern: Gun-control proponents rally their supporters, pressing lawmakers to tighten regulations. Gun rights advocates hang back, waiting for the public’s sorrow and outrage to subside. And nothing further happens, until the next horrific act fuels the next spin of the cycle.

"Why Mass Shootings Rarely Change the Paralyzed Politics of Guns." is from the October 04, 2017 Politics section of The Washington Post. It was written by Marc Fisher and narrated by Sam Scholl.