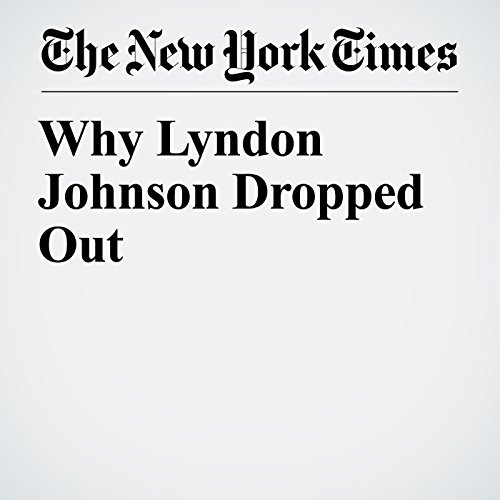 A half-century has passed since President Lyndon B. Johnson stunned Americans by announcing, in a televised address on March 31, 1968, that he was drastically reducing the bombing of North Vietnam, appealing to the Hanoi government for negotiations and, most incredible of all, withdrawing from the presidential election that fall. One imagines the stupefied reaction in living rooms all across the country: “Did he just say what I think he said?”

"Why Lyndon Johnson Dropped Out" is from the March 24, 2018 Opinion section of The New York Times. It was written by Fredrik Logevall and narrated by Barbara Benjamin-Creel.