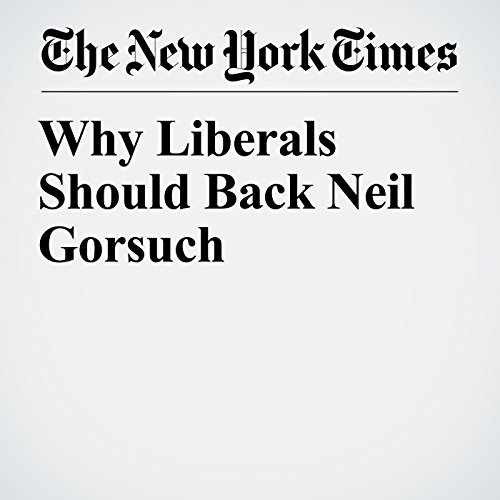 I am hard-pressed to think of one thing President Trump has done right in the last 11 days since his inauguration. Until Tuesday, when he nominated an extraordinary judge and man, Neil Gorsuch, to be a justice on the Supreme Court.

"Why Liberals Should Back Neil Gorsuch" is from the February 01, 2017 Opinion section of The New York Times. It was written by Neal K. Katyal and narrated by Fleet Cooper.