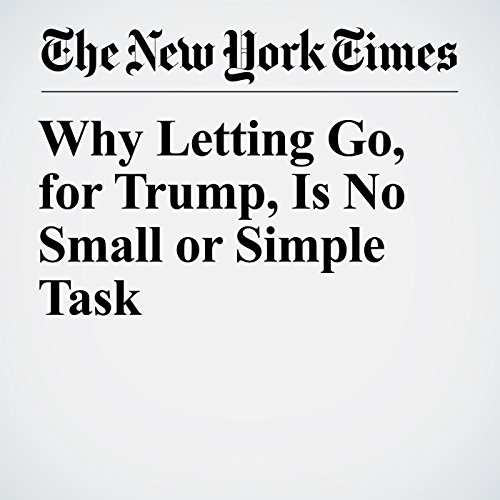 President Donald Trump is a man seriously susceptible to snagging himself in the nettles of obsession. In the last three weeks, no compulsion has so consumed his psyche, and his Twitter account, as the deeply held and shallowly sourced rejected belief that President Barack Obama tapped his phones. So why can’t he just let go?

"Why Letting Go, for Trump, Is No Small or Simple Task" is from the March 21, 2017 U.S. section of The New York Times. It was written by Glenn Thrush and Maggie Haberman and narrated by Fleet Cooper.

Cosa pensano gli ascoltatori di Why Letting Go, for Trump, Is No Small or Simple Task