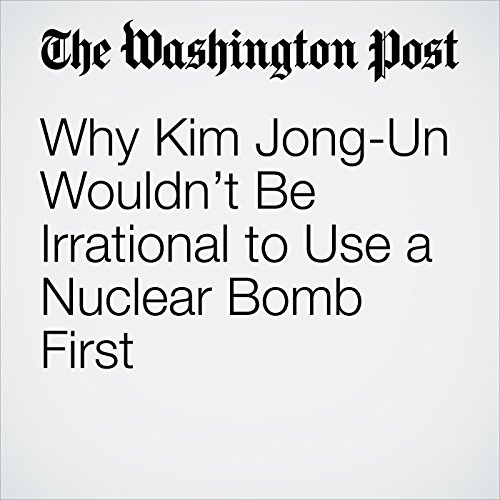 "Why Kim Jong-In Wouldn’t Be Irrational to Use a Nuclear Bomb First" is from the September 08, 2017 Outlook section of The Washington Post. It was written by Vipin Narang and narrated by Jenny Hoops.