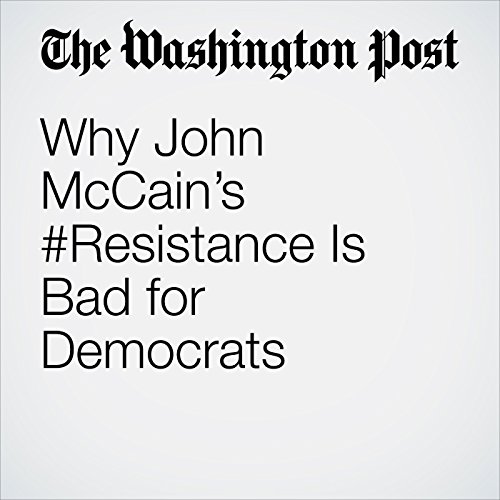 We are living through another John McCain moment. The irascible, quotable war hero, just reelected to another six-year term to the Senate, has become once again a chief critic of President Trump.

"Why John McCain’s #Resistance Is Bad for Democrats" is from the February 18, 2017 Politics section of The Washington Post. It was written by David Weigel and narrated by Jill Melancon.