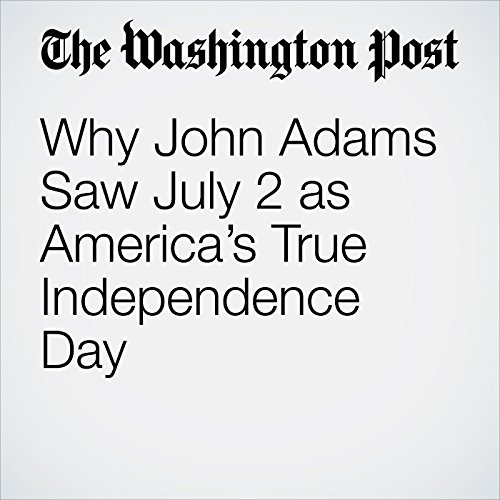 John Adams, a leader of the American Revolution who became the first vice president and the second president of the United States, thought July 2 was the date that would be celebrated “as the great anniversary festival.”

"Why John Adams Saw July 2 as America’s True Independence Day" is from the July 01, 2017 Answer Sheet section of The Washington Post. It was written by Valerie Strauss and narrated by Barbara Benjamin-Creel.