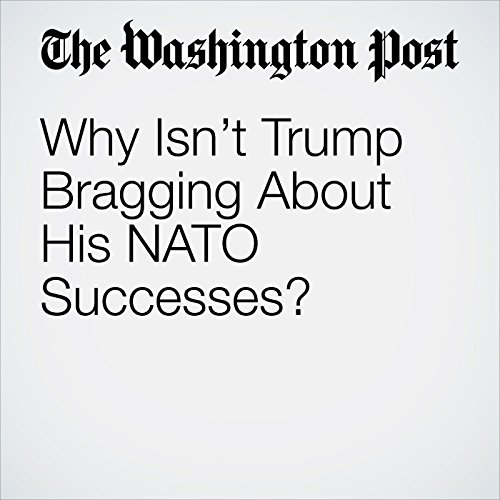 As President Trump prepares for what many reasonably fear could be a diplomatic train wreck at the July 11-12 NATO summit in Brussels, the odd truth is that when it comes to transatlantic security, the president actually has a pretty good story to tell.

"Why Isn’t Trump Bragging About His NATO Successes?" is from the July 04, 2018 Opinion section of The Washington Post. It was written by Derek Chollet and narrated by Sam Scholl.