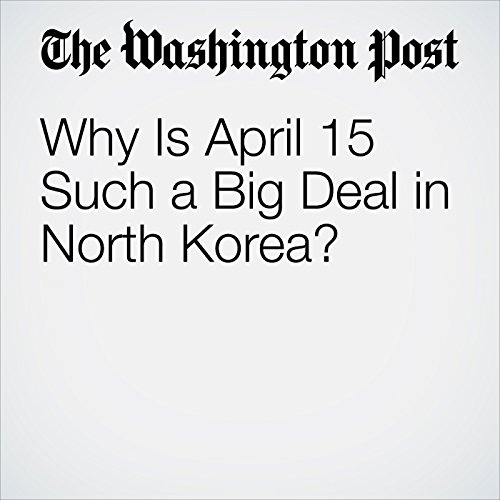 Expectations are running high that North Korea will do something provocative in the next few days — even if it’s just a military parade where they show off mock-ups of missiles — to mark the biggest day of the year on the North Korean calendar.

"Why Is April 15 Such a Big Deal in North Korea?" is from the April 14, 2017 World section of The Washington Post. It was written by Anna Fifield and narrated by Jill Melancon.

Cosa pensano gli ascoltatori di Why Is April 15 Such a Big Deal in North Korea?