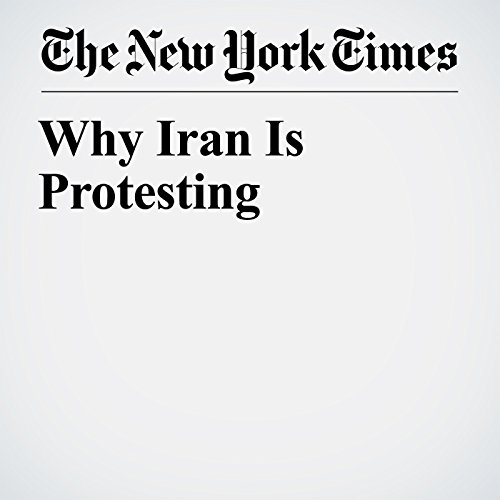 This is the third mass uprising in Iran in my lifetime. In July 1999, the peaceful protest of students over freedom of speech spread into a considerable uprising. In June 2009, people took to streets to demand a recount of disputed votes in the presidential election, which began the Green Movement. Those were both pushes for civil rights, demanding more flexibility and accountability from the government. They took place largely in Tehran, and attracted the middle class and the university educated. Both were peaceful and persistently nonviolent.

"Why Iran Is Protesting" is from the January 03, 2018 Opinion section of The New York Times. It was written by Amir Ahmadi Arian and narrated by Keith Sellon-Wright.