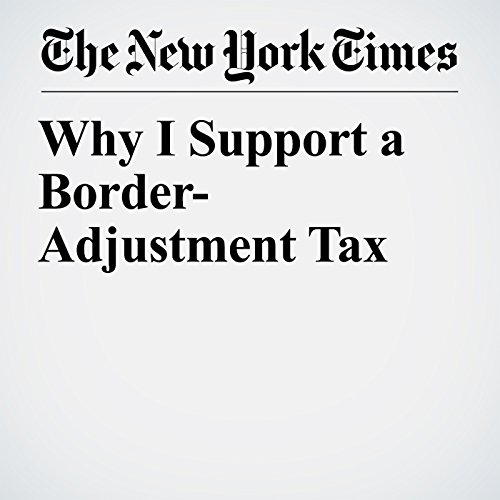 The United States corporate tax rate has been stuck at 35 percent for three decades. In that time, other leading countries have slashed their corporate rates to an average of 25 percent, with many far below that figure. This tax rate discrepancy puts domestic manufacturers at a competitive disadvantage and creates incentives for them to engage in “inversions” (using openings in the law to change their tax nationalities) or to move production and jobs offshore.

"Why I Support a Border-Adjustment Tax" is from the March 29, 2017 Opinion section of The New York Times. It was written by William J. Jones and narrated by Fleet Cooper.