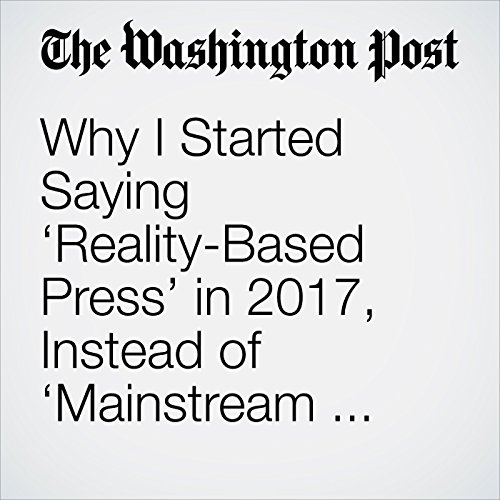 Why I Started Saying ‘Reality-Based Press’ in 2017, Instead of ‘Mainstream Media’

On Jan. 22, Kellyanne Conway  defended the president’s order that Sean Spicer, in his first appearance before the White House press corps, should feed reporters a whopping lie. Spicer wasn’t really wrong about the inauguration crowd size when he said it was the largest in history, Conway insisted to NBC’s Chuck Todd. No, he was merely using “alternative facts.”

"Why I Started Saying ‘Reality-Based Press’ in 2017, Instead of ‘Mainstream Media’" is from the December 22, 2017 Opinion section of The Washington Post. It was written by Margaret Sullivan and narrated by Jenny Hoops.

Cosa pensano gli ascoltatori di Why I Started Saying ‘Reality-Based Press’ in 2017, Instead of ‘Mainstream Media’