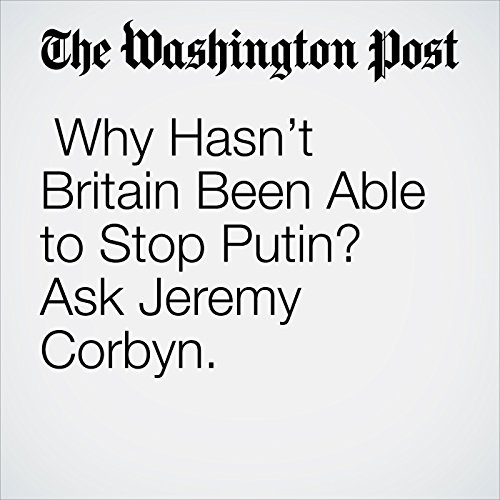 Why have Britain and its NATO allies been unable to deter Vladi­mir Putin from acts like spreading deadly nerve agent in a peaceful British city? Ask Jeremy Corbyn.

"Why Hasn’t Britain Been Able to Stop Putin? Ask Jeremy Corbyn." is from the March 18, 2018 Opinion section of The Washington Post. It was written by Jackson Diehl and narrated by Sam Scholl.