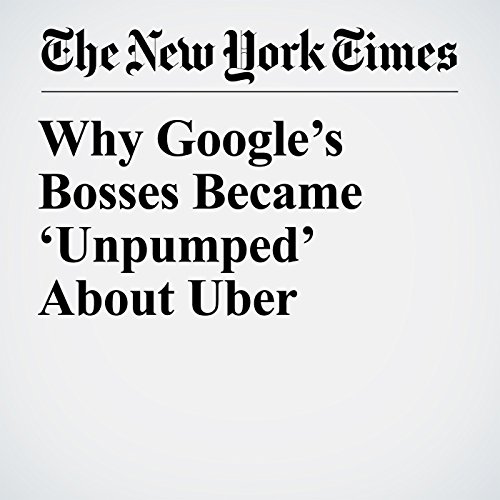 Uber and Waymo, the self-driving car unit of Google’s parent company, Alphabet, used to be like brothers. Google invested in Uber. The internet giant’s top lawyer even served on Uber’s board of directors.

"Why Google’s Bosses Became ‘Unpumped’ About Uber" is from the February 07, 2018 Business section of The New York Times. It was written by Daisuke Wakabayashi and narrated by Kristi Burns.