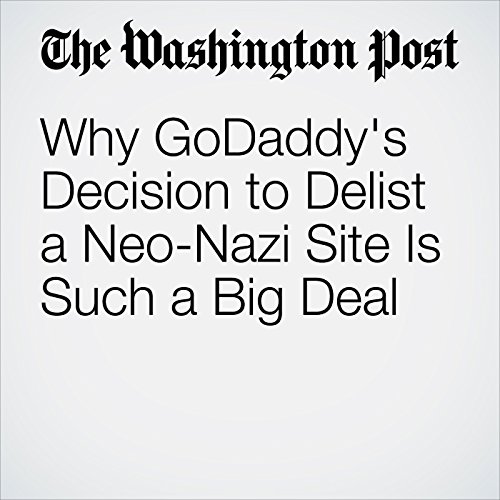 The push for Internet businesses to remove hateful speech spread to an influential corner of the tech industry on Monday as web registration service GoDaddy delisted a prominent neo-Nazi site in the wake of violent clashes over the weekend in Charlottesville.

"Why GoDaddy's Decision to Delist a Neo-Nazi Site Is Such a Big Deal" is from the August 14, 2017 Business section of The Washington Post. It was written by Elizabeth Dwoskin and Tracy Jan and narrated by Sam Scholl.