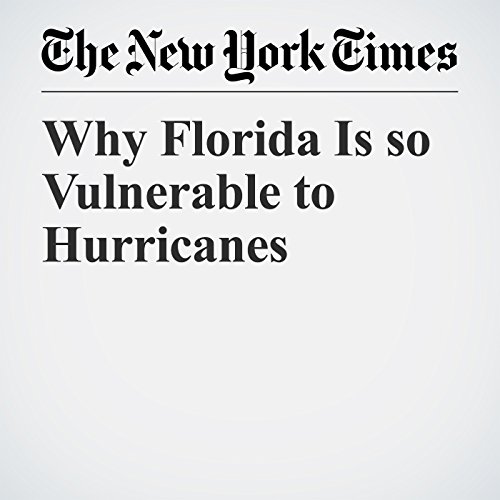 The last time a Category 5 hurricane ripped through Florida, it was so destructive that meteorologists retired its name forever. That storm, Hurricane Andrew, made landfall southwest of Miami in 1992, killing 65 people, destroying 63,000 homes and inflicting $26.5 billion in economic losses. But if a similar-sized hurricane were to strike Florida today in the same spot, it would be far more catastrophic — causing up to $100 billion in damage, according to a recent analysis by Swiss Re, the reinsurance firm.

"Why Florida Is so Vulnerable to Hurricanes" is from the September 08, 2017 U.S. section of The New York Times. It was written by Brad Plumer and narrated by Mike DelGaudio.