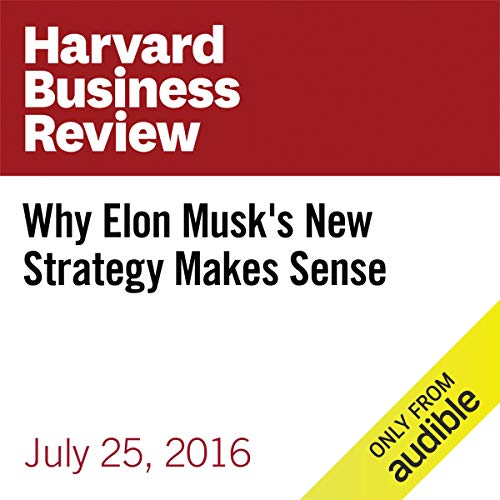 Last week Elon Musk released the second installment of Tesla’s Master Plan. The first installment had been written in 2006. It outlined Tesla’s automotive strategy and it has been pretty much followed to the letter. The second installment moves Tesla beyond the traditional car market, with a plan to reconfigure our cities, energy systems, and our impact on the environment. As if becoming the first American car entrant in almost a century weren’t enough.

Did I just pay one credit for a five minute article

I thought this would be much more involved. Here is a summary: musk wants to have cars and trucks that drive themselves and are powered by the solar company that he and his family owns . Meh
great narrator though