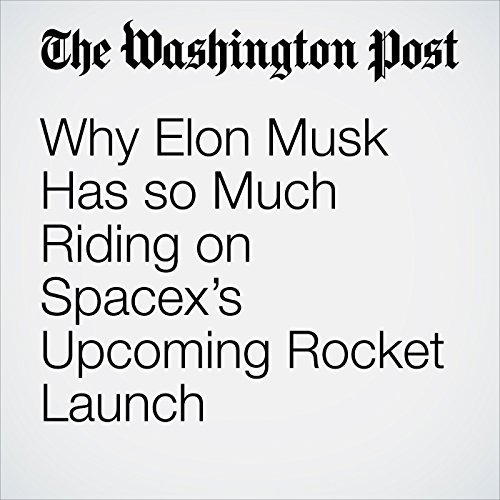 Elon Musk has ambitious goals for SpaceX in the next couple of years. The company plans to launch its new massive rocket, the Falcon Heavy, as it works toward flying an unmanned spacecraft to Mars next year. It also is planning to fly astronauts to the International Space Station by 2018, a feat that would return the United States to human spaceflight.

"Why Elon Musk Has so Much Riding on Spacex’s Upcoming Rocket Launch" is from the January 06, 2017 Tech section of The Washington Post. It was written by Christian Davenport and narrated by Jill Melancon.