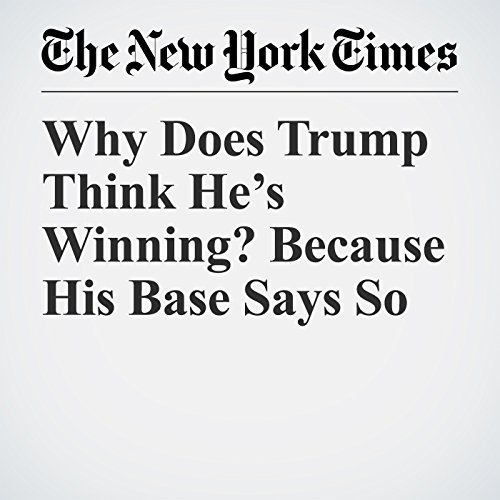 President Donald Trump flew by helicopter Sunday afternoon to Jersey City, New Jersey, to watch the Presidents Cup golf tournament, where he presented the trophy to the winner. In Trump’s mind, that is something he knows about: winning. In fact, he would argue, he was winning all weekend.

"Why Does Trump Think He’s Winning? Because His Base Says So" is from the October 01, 2017 U.S. section of The New York Times. It was written by Peter Baker and narrated by Keith Sellon-Wright.

Cosa pensano gli ascoltatori di Why Does Trump Think He’s Winning? Because His Base Says So