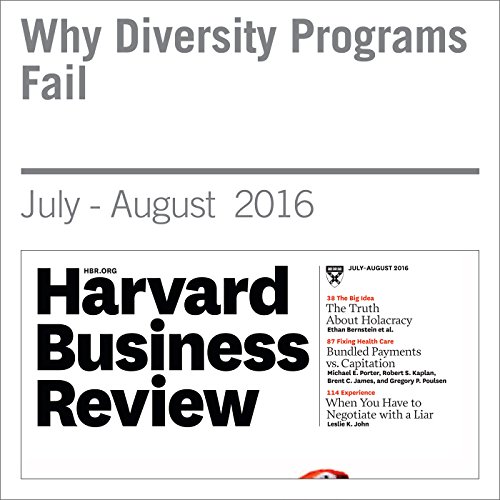 It's no wonder that Wall Street firms now require new hires to sign arbitration contracts agreeing not to join class actions. They have also expanded training and other diversity programs. But on balance, equality isn't improving in financial services or elsewhere. Although the proportion of managers at US commercial banks who were Hispanic rose in 2014, white women's and black men's representation dropped. Among US companies, the proportion of black men in management increased just slightly from 1985 to 2014. White women saw bigger gains from 1985 to 2000 but their numbers haven’t budged since then. Even in Silicon Valley, where many leaders tout the need to increase diversity for both business and social justice reasons, bread-and-butter tech jobs remain dominated by white men.

"Why Diversity Programs Fail" is from the July-August 2016 issue of Harvard Business Review.

clear and concise article highlighting side effects on some d&I programs. good reading and worth.