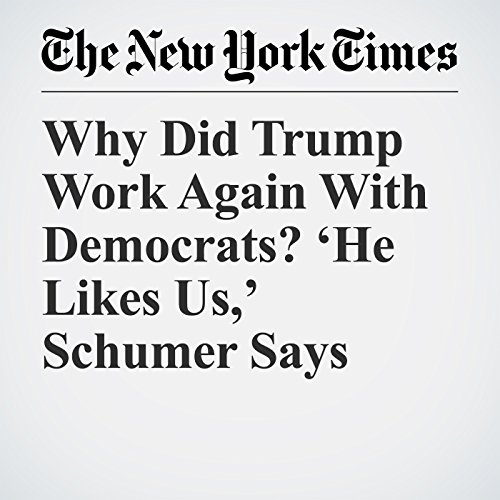 Why Did Trump Work Again With Democrats? ‘He Likes Us,’ Schumer Says

Sen. Chuck Schumer had just finished outlining a new Democratic immigration proposal over a working dinner at the White House on Wednesday night when President Donald Trump stopped him with a simple question: What is in it for me?

"Why Did Trump Work Again With Democrats? ‘He Likes Us,’ Schumer Says" is from the September 14, 2017 U.S. section of The New York Times. It was written by Maggie Haberman and Glenn Thrush and narrated by Mike DelGaudio.