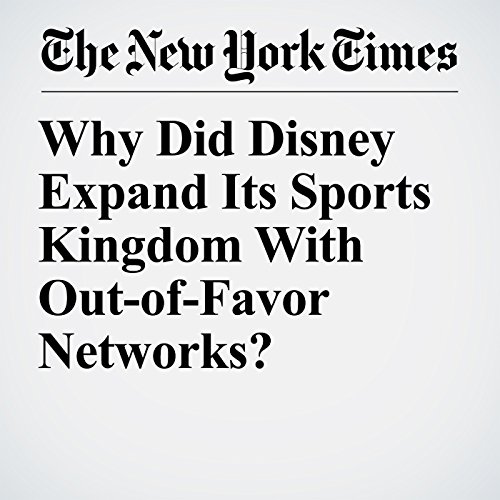 Why Did Disney Expand Its Sports Kingdom With Out-of-Favor Networks?

Disney’s chief executive, Robert A. Iger, woke up Friday morning as the most powerful person in U.S. sports, with a massive portfolio of media rights to the NFL, the NBA, tennis majors, college football and more than 40 major American sports teams. No one has ever controlled such a vast swath of the sports broadcasting landscape at one time. But the portfolio, expanded this week in a megadeal in which the Walt Disney Co. bought most of 21st Century Fox, will not necessarily make other sports media moguls envious.

"Why Did Disney Expand Its Sports Kingdom With Out-of-Favor Networks?" is from the December 15, 2017 Sports section of The New York Times. It was written by Zach Schonbrun and narrated by Mike DelGaudio.