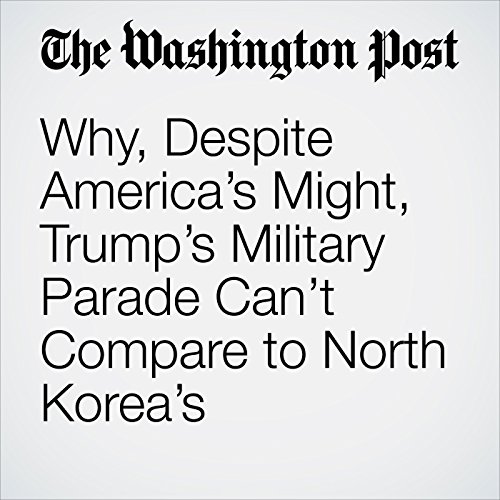 So President Trump wants a parade. He has wanted one since his inauguration, when the planning committee for the event reached out to the Pentagon for “pictures of military vehicles we could add to the [inaugural] parade.” That request was eventually abandoned, but the idea has returned, apparently thanks to Trump’s having visited France’s Bastille Day celebration last year and observing its military march through the streets of Paris.

"Why, Despite America’s Might, Trump’s Military Parade Can’t Compare to North Korea’s" is from the February 08, 2018 Politics section of The Washington Post. It was written by Philip Bump and narrated by Sam Scholl.