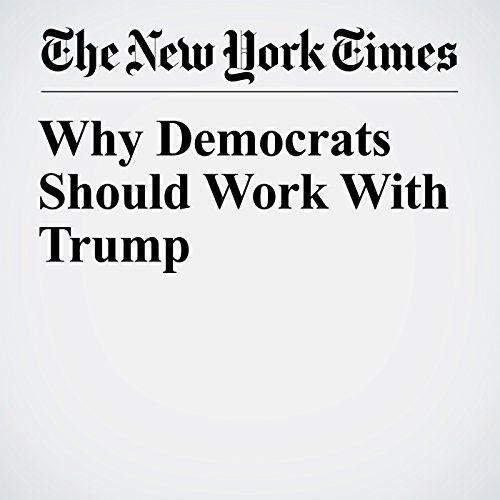 President Trump has discovered that trying to work with Republicans, like trying to work on health care policy, is complicated. So with all his big campaign pledges in limbo following last week’s Obamacare fiasco, he reportedly is contemplating overtures to a party that actually wants to govern: the Democrats.

"Why Democrats Should Work With Trump" is from the March 29, 2017 Opinion section of The New York Times. It was written by Will Marshall and narrated by Fleet Cooper.